Yes, it’s been some time between my brand of BS. Well, if I don’t have pics, I just start writing until I have some. So, you’re stuck with some ramblings I tried to edit out but my other self said leave it. Unfortunately for you who appreciate raw emotion, I’ve had lots of sober time to clean it up, somewhat. We negotiate a lot.

We had a lovely visit in Colorado. The original point of the trip was to babysit on MLK day. Can’t let two months go by between Leo days. But when my back went downhill we extended the four nights to six and when the pain doctor moved his vacation up a day it became a seven nighter. Thank you Sandra and Hubert for putting up with our 3AM arrival, eating all your food, and drinking all your booze. You are hosts extraordinaire. We couldn’t have been more comfortable and the movie marathons were great. I will always remember the line from A Million Ways to Die in the West, “Looks like a firecracker wrapped in roast beef”. See the movie if you like crass, vulgar, disgusting humor. I loved it. The extra good news, three added Leo days and a super successful back shot. Now that’s what I call a miracle. I feel like Lieutenant Dan – ‘new legs’.

So what’s with the TSA? The last few years we have flown almost exclusively on Southwest and I can’t remember the last time we didn’t get PRE-TSA. This time Andrea gets the PRE and I don’t. Leaving LAX I get a creep feeling up my left ankle. WTF? My ankle swells up sometimes from BP meds. We pay for technology that detects swelling? I think there’s a joke with that but, talk amongst yourselves. At least there was no non-Pre line. On the way back in Denver, Andrea breezed through the PRE line but at noon TSA went on what seemed like a combined donut and lunch break. The long line that was moving nicely came to a halt. So much for the Earlybird A seating. This time the scanner picked up the sweat on my back from the backpack I’d been standing with for an hour. WTF? Andrea bravely saved an aisle seat or I would have been between the screaming baby and the guy that thinks showers are optional.

So you think traffic is bad in Chicago and NY? You got nothin’ on LA. Even driving in the HOV lane most of the way, all on highways, the 99 miles from the airport to a hotel in Banning, where we left Luna and the RV, took well over three hours. OK, it was rush hour, but averaging 30mph? With the last 30 miles doing about 70? And, Google maps even rerouted us at one point to avoid an accident slowdown. Arrrgh! Long Island Expressway is a mini-mall lot next to the 105. Yeah, numbered roads are not like I-25 or I-295, they are THE 105 to THE 60 to THE 15 to THE 10. You watch Saturday Night Live the last few years? They had a recurring bit called ‘The Californians’, an awful soap opera take off that always has a conversation about ‘taking the 405 to the 105 to the 15 to the whatever’. One of those bits that makes one say, “SNL isn’t as funny as it once was”. What’s up with that? Anyway, welcome to SoCal driving. I suppose it’s not so different than taking the Southern State to the SOB to the LIE (that would be the 495) to the Cross Island to the Throggs Neck, etc. Everybody on Long Island knows exactly what that means.

So that was Tuesday last week. We picked up Luna a half mile away and the RV at The Perfect Storage Place. It really was. Harley, the proprietor, said, when told we only needed to store it 8 days, “No charge, good PR if you tell someone.” Never signed a paper, he didn’t remember our names and we only knew Harley. Normally, a rental space is $65 a month. I bought him a bottle of Jack. We will make it a point to stop if ever going by on I-10, that is, the 10, and shoot the shit with Harley and share a beverage. Here’s to you Harley.

Leaving Harley with a few air horn blasts, we headed southeast (on the 10 to the 60 to the 15) to Lake Skinner County Park, a fairly non-descript campground overlooking lovely Lake Skinner, about 15 miles northeast of Temecula, CA. Kind of a stretch squeezing 43′ into a 40′ site but they don’t seem to mind.

No pics outside the park. We haven’t been out much. Andrea was a bit under the weather for most of the time there and then passed the shit, er, sick baton to me for a few days.

With no stomach to visit any of the dozens of wineries in the Temecula area, we moved on to our next destination, the KQ Ranch Resort in the little mountain town of Julian, CA, ignoring a highway sign saying RVs over 40′ prohibited next 19 miles on SR76 – as we were halfway to Julian. Come on. No fucking way I was turning back. Here I come, get out of the way. And that’s kind of how it went for the next 19 miles. California drivin’ on a winter’s day. It sucked. Had to pay attention the whole time, couldn’t take one picture, but, concluded that California highway engineers ought to drive across Independence Pass before they post some bullshit scare sign.

Before getting to the “ranch”, we passed through the one block town of Julian. Once a gold mining town, they now specialize in, drum roll, pies. Yep. A mini-Village Inn in every coffee shop. Deep-dish Apple pie at Granny’s. Eat your heart out Chicago. Whatever.

We booked this RV park because it was in our network and free. The reviews were mixed so our expectations were low and our seven day booking was in our mind, optional. Suprise. It is one of the nicest we’ve been in, I guess ever. It’s so quiet. We’re in the mountain boonies. Just before sunset today we took a walk to the far side of the park, up a big hill. The view on the other side, into the Sawtooth Wilderness, was fantastic. Finally, some pictures worth posting.

Tonight I took Luna out for a walk as the moon was rising among some whispy clouds. The stars were also surrounded by swirls. The hooting owl made a perfect scene. That’s one picture I’ll tuck away until the technology can pry it out – or I learn to paint. Until then….

The number one priority of the trip, Leo:

Sorry, I forgot to tell the shot doc to take one for me

From Skinner Lake. Nothing great. 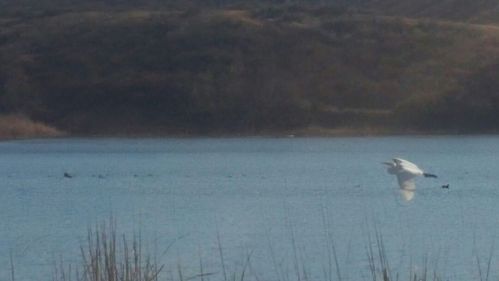 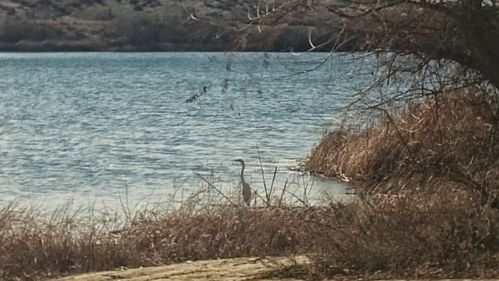 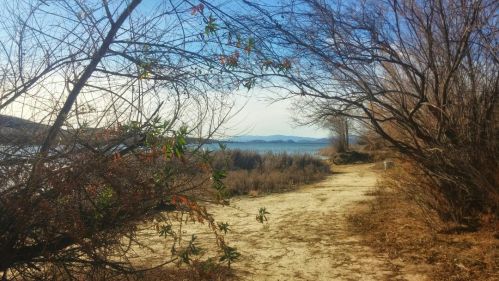 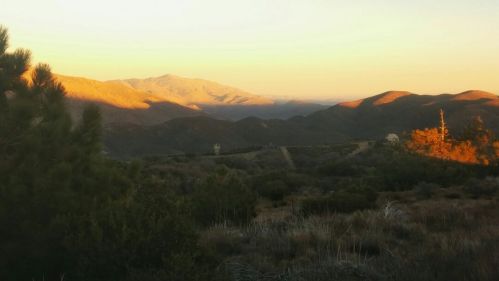 And, Stonybrook beats Albany! (Sorry, Dan) March Madness for the Seawolves? Jeez, I thought they’d legalize pot before my alma mater fielded a decent sports team. Oh, they did. See? You can learn something in college.